Lync 2013 is a part of Office 2013 and will use the spellcheck feature from Office so you need to find and download an Office 2013 Language Pack for your language. In my case I downloaded "Office 2013 Single Language Pack (x86 and x64) - DVD (Swedish)" and clicked through the setup.exe program.

Next you will find the Office 2013 Language Preferences tool in the start menu, and this is the tool you use to configure languages for Office 2013. 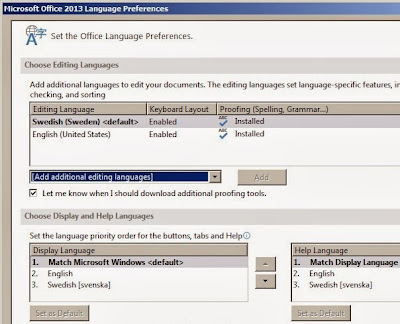 Set the language you want to use in Lync 2013 spellcheck as the <default> language.


And look! It works! 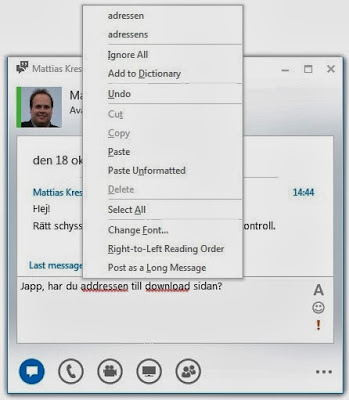