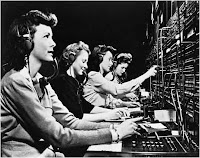 Although Lync is more than a PBX, organisations will still have use of switchboard operators working at an attendant console.
Since this has been my primary line of work before going into Unified Communications I am now happy to see that there are at least three software suites that will bring operator functionality to Lync. 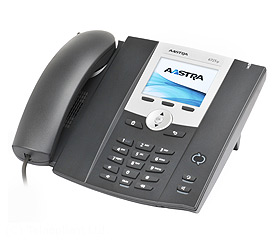 I finally got my hands on some Aastra 6725ip telephones and could connect them to Lync.


Don't miss the YouTube video about them!
﻿﻿﻿
The phones had version 4.0.7400.0 installed when I received them, so they and my system needed a few things done before I could call home with these nice phones

Configuring DHCP
First I had to prepare my DHCP server for the phones.
I used a Windows 2008 DHCP server and configured Option 42 (NTP Server) in my scope.
Then I copied DHCPUtil.exe from the Lync server (C:\Program Files\Common Files\Microsoft Lync Server 2010) to a folder on the DHCP Server. This little tool greatly simplified the configuration of the DHCP server.
This tool will set DHCP option 120 - UCSipServer and also add a new vendor class called MSUCClient to the DHCP server. The new vendor class will have five suboptions which the tool will populate.

It is possible to first run the tool to see what it would do
DHCPUtil -SipServer standard.kressmark.com -WebServer standard.kressmark.com
and if it looks ok, add the -RunConfigScript parameter at the end to actually apply your settings.
DHCPUtil -SipServer standard.kressmark.com -WebServer standard.kressmark.com -RunConfigScript
And after this it is possible to test the DHCP configuration with the tool using the -EmulateClient parameter. Only make sure you do this from another computer than the DHCP server itself where it will not work. A good detailed summary of what is needed DHCP-wise can be found here.
User Configuration
Here I would recommend changing the PIN Policy in Lync control panel / Conferencing / PIN Policy to allow a PIN of 4 digits at once. Maybe I am just old-fashioned or unsecure, but to me a PIN is a 4 digit number and nothing else.
Next step would be to get a PIN for a user enabled for Enterprise Voice. To do this use the dial-in conferencing webpage at
https://standard.kressmark.com/dialin/
This does not feel really right, Dial-in conferencing PIN same as telephone PIN but different than Exchange UM PIN. There are still room for improvement in the Lync product it seems... Anyhow, when done the number and PIN can be tested with the following power shell command:
Test-CsPhoneBootstrap
This command will generate a lot of text, but as long as you get "Success" somewhere at the end you are fine.
Configuring & Upgrading the Phones
Next I downloaded the "Microsoft Lync 2010 Phone Edition for Aastra 6721ip and Aastra 6725ip" (a.k.a. UCUpdates.exe) package and extracted it on my Lync server.
Then I needed to know the web server identity, which can be done with the Get-CsService command. (For me: "WebServer:standard.kressmark.com")
and to import the update files
Import-CsDeviceUpdate -Identity "WebServer:standard.kressmark.com" -FileName C:\Aastra\UCUpdates.cab
Now the update will be visible from the Lync Control Panel / Clients / Device Update, and here the update must be approved in order to be applied to any phone.
And I almost forgot to add the A record ucupdates-r2.kressmark.com to my DNS server.
The next thing to figure out was how to reset the phones so that they would forget the old settings they had stored and connect to my system instead. Here it turns out the manufacturing date of the phone is important. On the back of the phones there is a label where you can find the manufacturing date expressed as YYYYMMDD.
One of my phones was from 20100709 and the other one from 20100817 which is a pivotal date it seems.
When resetting the phones there are two different types of reset you can perform a hard reset or a factory reset, with the difference that the factory reset will also downgrade any firmware update that has been done on the phone.
Anyhow,
For phones built before 20100817 the sequence are (cycle power, press and hold while booting...)
Hard reset: “#” “4” “BACK KEY”
Factory reset: “*” “2” “HOME KEY”
For phones built after  20100817 the sequence are (cycle power, press and hold while booting...)
Hard reset: “*” “#”
Factory reset: “4” “6”
After the reset, log in and just wait, don't touch the phone, just wait, and waaait, and waiiit. (I like what Mr.Schertz wrote: "In fact, go to lunch.")
and finally a firmware upgrade will happen automagically!
Good blogs that helped me with this: (Thanks guys!)
Jeff Schertz
http://blog.schertz.name/2011/01/updating-lync-phone-edition-devices/
http://blog.schertz.name/2010/12/configuring-lync-server-for-phone-edition-devices/
Drago
http://www.lynclog.com/2011/04/device-updates-firmware-upgrade-with.html
Tom Pacyk
http://www.confusedamused.com/notebook/using-dhcputil-for-lync-phone-edition-dhcp-server-configuration/
Some other "phone-related" documents from Microsoft I would like to link to:
Integrating Microsoft Lync Server 2010 and Avaya Communications Manager S8300
(Avaya Communications Manager S8300 is from the "original" Avaya, not Nortel, but when can we have something working for CS1000 ?)
Lync Phones and Peripherals Datasheets

Posted by Kressmark at 7:29 AM No comments: