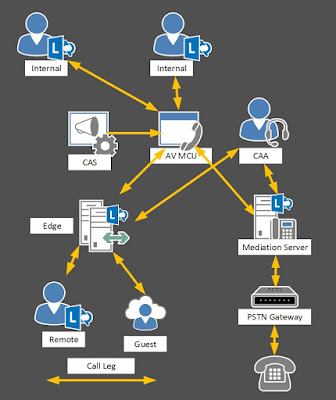 Posted by Kressmark at 11:53 AM No comments:

This article is based on the official documentation found here:
Install Skype for Business Server 2015 and here Install prerequisites

First of all, run Windows Update.

Second, open a PowerShell command window as Administrator and run the following command:

Or if you rather use the GUI check the following boxes in the Server Manager. 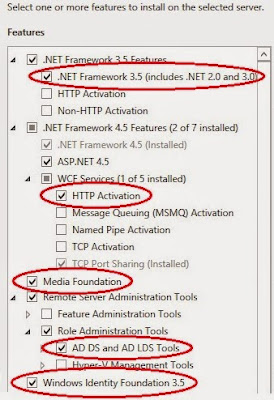 And the following boxes to configure the Web Server part.

Next, download and install the following patch (not included in Windows Update as of today) IIS crashes occasionally when a request is sent to a default document in Windows Server 2012 R2  This requirement is documented on this page: Server requirements for Skype for Business Server 2015 If you forget this requirement the deployment wizard will stop and alert you half-way through the installation process, like this: 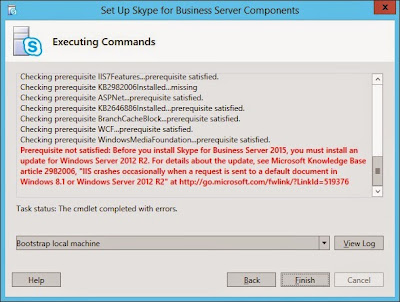 If this happens you can safely download and install the patch and restart the deployment wizard.

Finally as you open the Skype for business Server 2015 Control Panel, it will prompt you to download and install Silverlight. 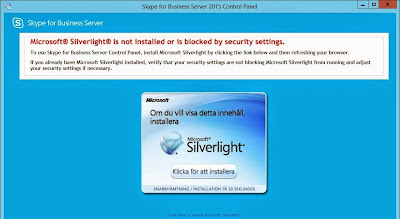 Happy Skyping!
Posted by Kressmark at 2:04 PM No comments:

I really like twitter, it is fast, easy and fun. So during Ignite (and other events I go to) I tend to tweet and retweet quite a lot. Twitter is also fun for the statistics you can get from it. Toni Pohl created a very nice summary of what was happening on the #MSIgnite hashtag during Ignite.

Since the 2nd of May untill May 10th there were almost 109.000 tweets containing #MSIgnite sent by approximately 17.000 Twitter users. A rough estimate gives that #MSIgnite should have reached at least some 5 million users. I sent around 1000 tweets and retweets during the event and this made me the second most active tweeter during Ignite. 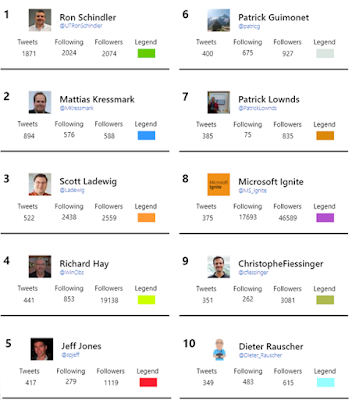 Another great use of twitter came from companies in the expo hall telling people to take pictures or tweet to certain hashtags and their followers of course. I tried to win a trip to Australia in a contest hosted by Recordpoint, but I did not make it, instead I won a license from Landis Computer.

The Skype for business team arranged a live competition on twitter on the hashtag #Skype4BTrivia, which I unfortunately missed. However, there were some nice questions and answers in that competition which I will reiterate here. See if you know the answers without cheating, have fun! 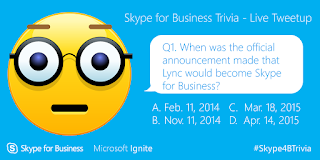 Posted by Kressmark at 3:13 PM No comments:

Last week I joined some 23,000 IT professionals at the McCormick Place convention center in Chicago to attend Microsoft Ignite.

I did not get to catch too many sessions since I was working, but the few I went to were very good. I learnt new things even though not so much is new in Skype for Business, and yes, I only went to Skype for business sessions :-)

Jamie Stark held a good presentation around voice in Skype for business, presented some news like SLA and ran some nice demos. My Norwegian friend Ståle Hansen held a session on Phone Number Management in Skype for business which was so popular it had to be run again, good job dude! Tommy Clarke talked about media and Johan Delimon explained SIP signaling. Just for the record - I gave all you guys the highest score available :-)

There were some 69 sessions around Skype for business in total, counting customer stories and partner sessions. Below is a list of some that I found interesting. The plan for my continued Ignite series is to watch these sessions on demand and give you summaries here on the blog, just keep refreshing this blog for updates.

If you were at Ignite and want to download all the sessions there is a script to Download All Videos and Slides from Ignite 2015. Just be aware - when I downloaded it all I got 164 GB of files on my computer.

The McCormick Place convention center is huge and confusing, it was hard to find the rooms to the north and south and in other buildings. It is probably a good thing that we are coming back next year, maybe we will find our way around better next time around. 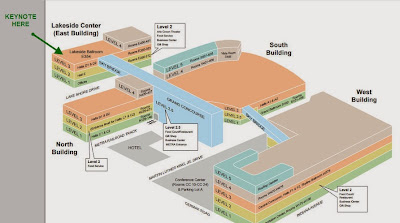 My one and only complaint on Microsoft Ignite was the food. In the Yammer group for Ignite the rating of the food scored between "Not good at all" and "I refuse to eat it". This must be an easy fix for next year and I'm sure Microsoft got this message.

The Expo hall was of course huge as well. A very nice sized Skype for business booth was surrounded by many Skype for business partners and vendors. I got to meet with Audiocodes, and BTW did you know CloudPro is now an APSS Partner to Audiocodes? Unified Communications had the best Ignite t-shirt this year - "Don't hate - Federate", I just love it! 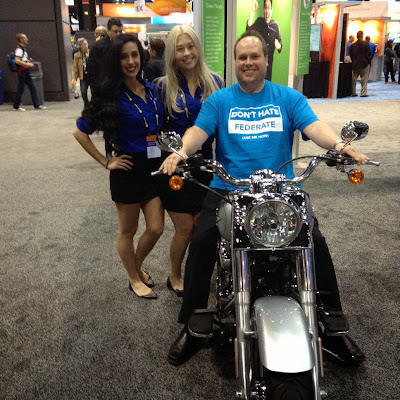 Look at that mans fine t-shirt!

My friend Matt from Landis Computer had a lot of people at all times in their booth showing their nice AttendantPro application.

I got to meet with Polycom, Jabra, Verba and Plenom, all of them showing interesting solutions for Skype for business. I also said a special hello to the Swedes from Competella, Gridpro, PointSharp and Specops, hope you had good Ignite like me!

My Ignite trip report would not be complete without mentioning the parties. It was great fun to meet with Mr. Ingels from Sweden, with Advania-Robert from Göteborg accompanied by Giso the girlfriend and GKN-Cecilia who performed live on stage at the House of Blues. I also enjoyed the Svenskkväll (Swede-evening) hosted by Microsoft and Specops, thanks! And as always I had lots of fun with CGI-Lena, CGI-Trolle, Cellip-Mårten, Atea-Johan S and Atea-Johan D. 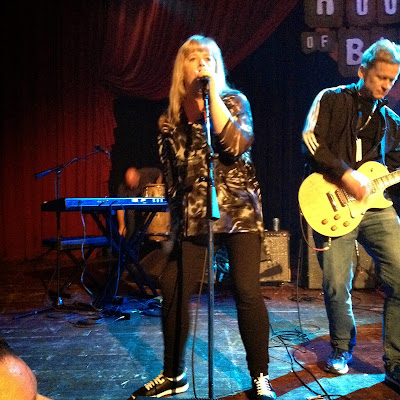 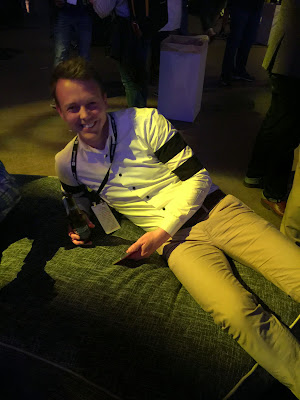 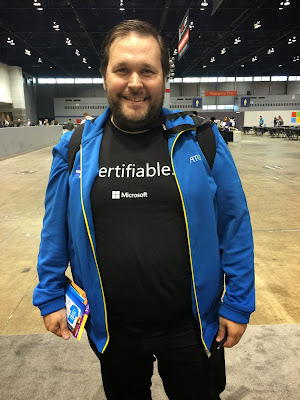 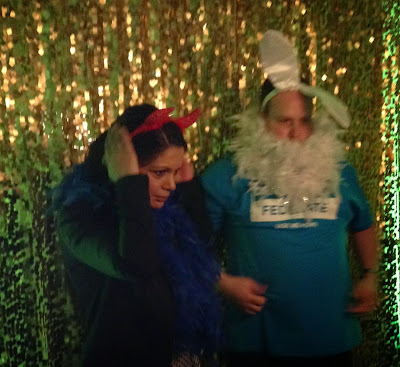 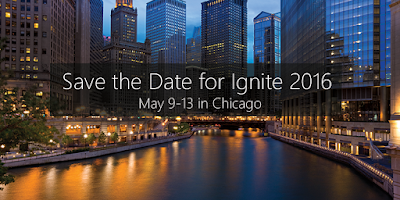 Hope to see you in Chicago next year! 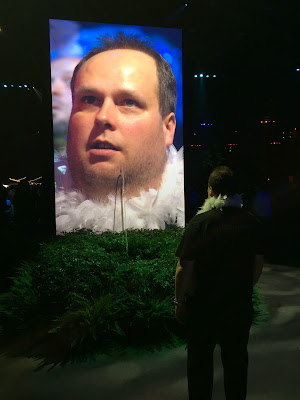 Looking forward to the next #MSIgnite! 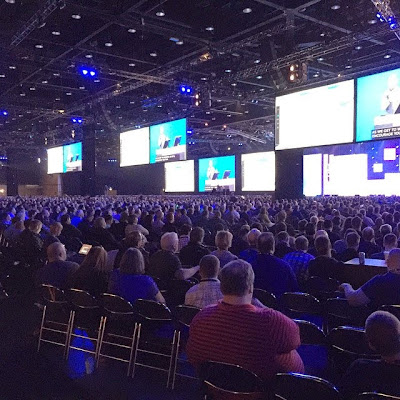 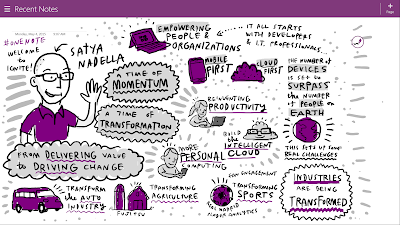 Watch out for a coming blog post on the Ignite sessions, venue, expo hall, networking, tweeting and parties!
Posted by Kressmark at 9:37 PM No comments: