Session summary:
SWOOP Analytics has conducted the world's first benchmarking of Microsoft Teams, analysing more than 5,300 teams from 15 organisations worldwide and more than a million Teams interactions to get a broad overview of how Teams operates. We'll share with you worst practices in Teams, how to avoid them and what you can do better, show you what a high performing team looks like and share real-life best practices from customers.

The Swoop software is like an organizational fitness tracker. 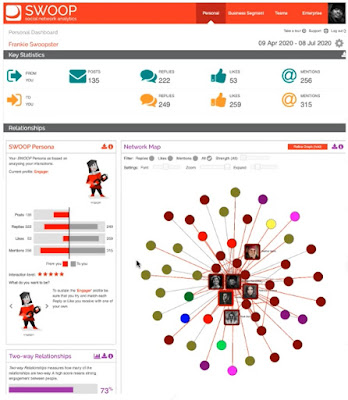 The Swoop for Teams dashboard

In early 2020 Swoop studied around 5300 teams with 47000 members from 15 organizations. The full report can be downloaded here.

Three main areas that team members come in to

About 40% of the teams were active, out of these 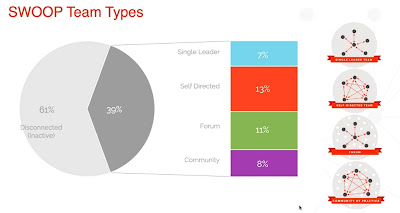 The best use cases for Teams

Posted by Kressmark at 9:53 PM