Skype for business for Mac

This was nicely demonstrated in the webcast with 3 big Lego Duplo bricks :-)

The first preview will be available RSN at the Skype for Business Preview website.

Sign up as soon as you see the Mac client preview - participation will be granted on a first-come first-served basis. 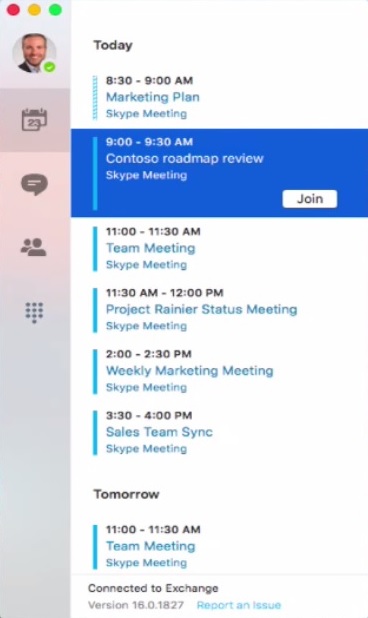 The Meeting view with a connection to the Exchange calendar and a join button.


Preview 1 will (probably) include the following features

Quality of Service - might be in the RTM version, or will be added in a later update.
Posted by Kressmark at 6:58 PM