Windows 8 is on it's way

Yesterday was the first day that Microsoft started to talk publicly about Windows 8. Truesec hosted a nice event here in Stockholm. We got to see all the past versions of Windows with some funny comments about each from a deployment and a developer perspective. Good job by Micke Nyström and Emil Kvarnhammar.

Starting with Windows 3.1 we got to see Win 95, WinNT, Win Vista, Win 7. During this nostalgia trip I remembered the first time I went to the Stockholm Globe area to see Windows 95 being launched, great event! But then I also remembered the network settings in Win95, configuring TCP/IP, and the modem icon - and then my skin started to itch in strange way. Things were not better before!

Then the program from the Windows 8 build conference in Anaheim was aired on a big screen. Windows 8 looks promising and here are some of the things shown and discussed that I remember.

For more information on Windows 8, check out the "Building Windows 8 blog"

Use this link to download a developer preview of Windows 8. 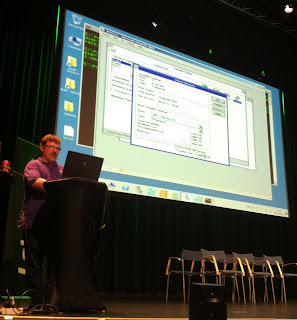 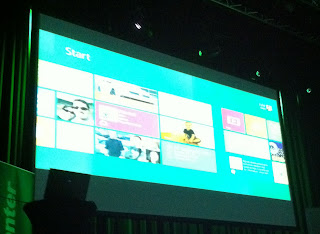 The new start screen in Windows 8
Posted by Kressmark at 8:29 AM